Here’s the blurb I sent the organizers that never, ever got used in any promotional material (i.e. social media posts). In fact, from what I saw, my panel wasn’t promoted at all, other than being listed in the schedule. And they didn’t even use the right title!

Marvel(ous) Science: What the cinematic and comic universes get right
We often give a pass to superhero science because – let’s face it – a lot of our heroes wouldn’t have their powers without it. Banner dies of radiation poisoning, Stark gets crushed inside his own suit when he comes to a sudden stop, and Pym & Co. all become so dense they sink to the Earth’s core. But hiding amongst those impossibilities, comics – and their cinematic kin – do present some sensible science. If you pay close enough attention, you might actually learn a thing or two!
During this panel, science writer, tv consultant, and PhD student JD Voyek will dive into Marvel’s cinematic universe and its comic book origins to share the times the stories got their science right…and maybe one or two times they really didn’t.

There was a guy there that filmed the talk, but I don’t know what happened with that video.

Also I bought my own full-sized Mjölnir. 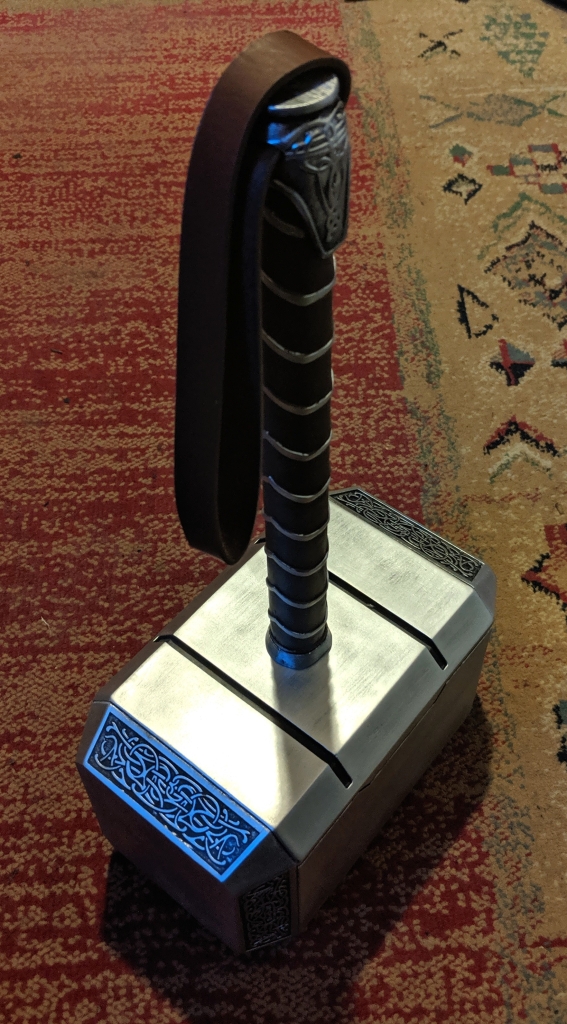